Early Years on the Farm 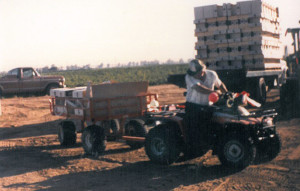 Mario’s father came from Italy in 1912, then sent for his future wife to join him in 1920. Mario was born in Fresno a year later, two miles from where Paintbrush now stands.

For 74 years, Mario farmed grapes, raisins, peaches, almonds and figs. He inherited 80 acres from his father when he was a high school junior. When his father died, Mario went to work full-time as Isnardi Farms to help support his family. Over time, he added another 105 acres.

Mario worked closely with a few packing houses including Rosenberg Bros. Co., once known as the largest dried fruit packaging business in the world. They shipped his raisins and wine grapes all over the world.

Like many farmers in the area, he also made his own wine in his cellar—a red dry wine like a burgundy. 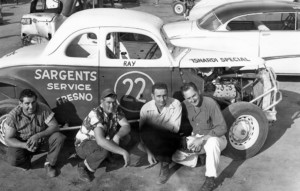 Mario still likes to get in his pick-up truck and visit friends in town. So, last year, he renewed his driver’s license—it’s good until he’s 99. He has always liked to drive dating back to the tender age of 17 when he modified and raced Midgets.

“I got hit in the head a few times racing Midgets. So, after I got married,
my wife made me switch to hardtop Sprint Cars which I raced in Fresno, Madera, Kerman and San Jose. I drove those for another seven years.”

Later, in his mid-20s, he became a track official for NASCAR and kept attending races for another 40 years. So, it’s no surprise that at the age of 96, he still likes to drive. 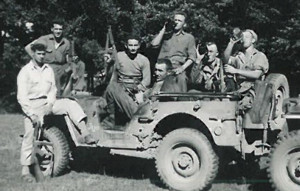 In 1940, at age 18, Mario joined the U.S. Army’s 438th Signal Corps, A-Company, which managed all of the Army’s communications. He started as a Private, then was promoted to Corporal, Sergeant and, eventually, Staff Sergeant commanding 90 men.

Mario was one of those everyday heroes who survived the war. First at Normandy, then at the Battle of the Bulge in December 1944 and January 1945, where he endured the relentless pounding of cannon balls, mortars and treacherous conditions.

After he was injured in the line of duty, Mario was sent to England to recover. But as soon as he could walk again, the Army sent him back to France where he lost half of his company in ferocious battles. After that, he fought in Germany and helped win the war.

As the war was winding down, he left the Army, returned to Fresno and in 1945, married his sweetheart, Norma, raised a family and began farming once again. 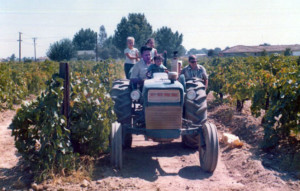 Mario and Norma were proud parents of three daughters; six grandchildren and seven great-great-grandchildren. They all enjoyed family trips around the country as well as vacations around the world. Adventure was a family trait handed down from one generation to another.

The Verdi Club
This Italian Club opened its doors in 1932 with 150 members. It provided a place for the Italian-America community of Fresno to meet and share their heritage and traditions. In 1939, Mario joined and is one of its elder statesmen. For many years, he spent some time behind the bar serving his friends drinks and sharing stories about the good ol’ days.

To this day, Mario continues to enjoy his big Italian dinner tradition there every Wednesday night. 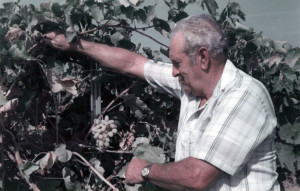 Mario never really stopped farming, even after his move to Paintbrush. He saw a raised flower bed beside the back patio and quietly took it over, planting tomatoes, peppers, onions, basil and scallions.

He’s even gathered a few friends here at Paintbrush who were also farmers—the “Italian Stallions” is his fond name for this group of Italian-Americans. They hang out together, eat meals together and reminisce about life in Fresno in earlier times while tending their gardens.

With everything now in full bloom for the spring, their herbs and vegetables have found their way into the kitchen and onto the pizzas prepared by the Paintbrush Chef, Paul Palomino.

Beautiful Living
As one of our first residents, Mario chose Paintbrush for many reasons—the beautiful architecture, the dog park, the warmth of the staff.

“I looked at a bunch of places, but I used to farm this piece of land where Paintbrush is.
I like it very much. I do what I can to make everybody happy here.”

As a U.S. Army Veteran, Mario has enjoyed what Paintbrush offered veterans with the flagpole dedication and flag raising ceremony for Veteran’s Day in 2016 and what they do for Memorial Day every May.

“Both the residents and the staff love my dogs, Michael and Jackson.
They keep me company and they really love the dog run here.”

Mario is just one of the many amazing people who make Paintbrush their home. It’s where beautiful living begins, every day.